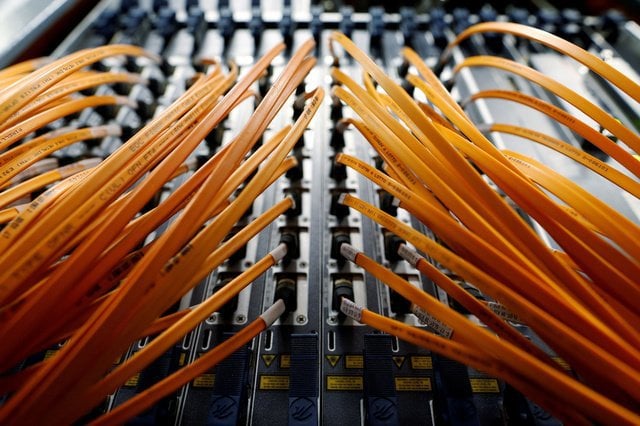 Belnet – the Belgian computer network for research purposes – is currently suffering from a heavy Distributed Denial of Service (DDoS) cyber attack. This can also be read on the status page of the network. Universities, research institutions and public services are connected to the Belnet network. It concerns a total of approximately 200 organizations. Immense influx of data

Problems are therefore reported from various quarters. Various services appear to be difficult or inaccessible due to the immense influx of data traffic caused by the attackers. The eHealth health platform, the FPS Justice and the Belgian Defense, among others, report problems.

Data News also received messages from readers experiencing technical problems with the applications of the FPS Finance, such as MyMinFin and Tax-on-Web. Other users could not book an appointment for their corona vaccination on Tuesday afternoon, but that problem was resolved after two hours. This disruption only affected residents of Ghent, Antwerp, Brussels and Wallonia, where people have to book their appointment themselves. Elsewhere in Flanders, citizens are sent a time.

There is currently nuisance on the network of justice. We are monitoring the situation at Belnet. https://t.co/MfghTTQtP1 – FODJustitie (@FOD_Justitie) May 4, 2021

Meanwhile, the consequences can also be felt in the House. Various hearings in committees could therefore not take place because registration is unsuccessful. MP Wouter De Vriendt (Groen), among others, reports on Twitter about a problem in the Foreign Affairs Committee. A hearing was scheduled there today on the issues in China and the Uyghurs.

Cyber attack also aimed at the House. Started just after noon, including in the Foreign Affairs Committee. With normally planned on the agenda: a hearing on the atrocities of China against the #Uyghurs … # the room – Wouter De Vriendt (@WouterDeVriendt) May 4, 2021

Belnet spokeswoman Davina Luyten clarifies that the problems ‘are clearly aimed at our entire network and not at one specific service or one specific customer’. The attack was launched at noon and Belnet is currently trying to absorb the attack by, among other things, rerouting network traffic. “Not obvious, because we notice that the attackers are constantly shifting their focus, which also strengthens our suspicion that they are responsible for impacting the entire network,” says Luyten. This means that all customers of the Belnet network can be impacted.

Due to internet problems, only the Finance and Foreign Relations @DeKamerBE committees can continue this afternoon. pic.twitter.com/umm7PMsaah – NewsuitDeKamer (@DeKamerBE) May 4, 2021

It is not yet clear in which direction the attackers should be sought and what the possible motives are. With a DDoS attack, a mass of data from different corners of the world is sent to servers until they can no longer handle the overload of data. A well-known attack principle, against which Belnet and many of its customers do have protection: DDoS attacks take place at regular intervals. Yet these protective solutions turned out not to be enough this time. “The investigation will reveal more later, but it should be clear that the scale of this attack is unseen for us,” the spokesman said in a response to Data News.