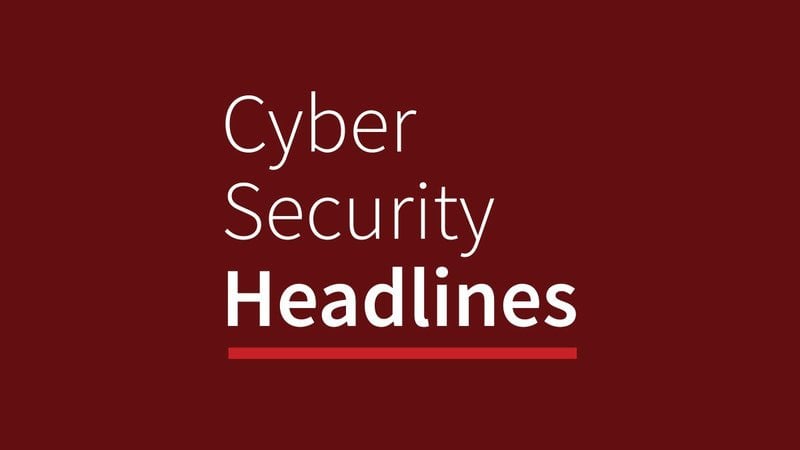 If you’d like to hear and participate in a discussion about them, the CISO Series does a live 20-minute show every Thursday at 4pm PT/7pm ET. Each week I welcome a different cyber practitioner to offer some color to the week’s stories. Our guest this week/tonight is Olivia Rose, CISO and VP of IT & Security, Amplitude.

This, according to a new Positive Technologies Cybersecurity Threatscape Q1 2021 report. Cybercriminals typically attacked government institutions, industrial companies, science and education institutions. The main motive for attacks on both organizations and individuals remains acquisition of data. Other findings in the report include: Ransomware is still the malware that is most often used by attackers. The most popular vulnerabilities for attackers this quarter were Microsoft Exchange Server, Accellion and SonicWall VPN, and more cybercriminals are developing malware to conduct attacks on virtualization environments.

The world’s largest oil producer and possibly the biggest company in the world, has been informed that its stolen data is now available for sale by a group named ZeroX at a starting price for the entire dump of $5 million. The hackers claim to have performed a “zero-day exploitation,” on Aramco’s “network and its servers,” sometime in 2020, and the group says it includes documents pertaining to Saudi Aramco’s refineries located in multiple Saudi Arabian cities, and including employee IDs and PII, project specs for electrical and other infrastructure, network layouts mapping out the IP addresses, Scada points, Wi-Fi access points, IP cameras, and IoT devices, location maps and precise coordinates. Saudi Aramco has pinned this data incident on third-party contractors and states that the incident had no impact on Aramco’s operations.

## China fires back at US after Exchange hack accusations

Following up on a story Cyber Security Headlines covered[ yesterday](https://cisoseries.com/cyber-security-headlines-july-20-2021/), where US and its allies pinned a Microsoft Exchange attack on hackers affiliated with China’s Ministry of State Security, Chinese foreign-ministry spokesman Zhao Lijian rejected the accusations and proceeded to accuse the US of being the largest purveyor of cyberattacks targeting Chinese aerospace, science and research institutions, oil industry, government agencies, and internet companies over the last 11 years. He accused the US of carrying out targeted attacks on Chinese devices, wiretapping its competitors and allies and pushing NATO for a cybersecurity alliance that Zhao claims will, “undermine international peace and security.”

Over 100-pages of ransomware negotiation transcripts from the now defunct Egregor operators were analyzed by IBM Security X-Force and its partner company Cylera, accounting for 45 different negotiations. While Egregor operated as a ransomware-as-a-service model, it is believed negotiations were handled by its core team. These chats revealed potential roles by the internal Egregor team and how the operators derived initial ransom demands. The chats showed occasional empathy, like offering to decrypt a charity’s systems without a ransom, but otherwise always leaked stolen data if a ransom wasn’t paid. Overall analysis showed that negotiating with the operators resulted in lower ransoms overall. ([CyberScoop](https://www.cyberscoop.com/egregor-chat-logs-ibm-ransomware-negotiations/))

Computers and Internet
How Adding Security into DevOps Accelerates the SDLC
What is a good resource to listen to while driving? Podcasts, audiobooks, etc? Thank you.